According to the IMF, global growth has slowed down a bit in 2021 after a ‘V’-shaped recovery. The European Union is currently passing through a repeated wave of coronavirus leading to heightened uncertainty about their growth sustainability. Omicron, the new variant of the Covid-19 virus, has the potential to further destabilize growth. Inflation on the other hand has surpassed the tolerable limit in many countries. As against the medium-term target of 2%, the US retail inflation in November 2021 was above 6% and the same was 4-5% in the UK/European Union. In the emerging market economies, the CPI inflation rate remains elevated, well above their targets. Many central banks are in dilemma whether to continue with ultra-accommodative monetary policy or normalize monetary policy at a rapid pace to anchor inflation expectations. While the reversal of policy rate has started in many countries such as Brazil, Argentina, Russia, Mexico withdrawal of support to growth is still considered premature in other countries.

The US Fed has started tapering quantitative easing (QE) since November 2021. The purchases of treasuries and corporate bonds have been pruned by US$ 15 billion per month. At this pace, the QE would have completed its course by June 2022. The Fed Chairman has indicated that they have to rapidly reduce the bond-buying and wrap it up a few months before June 2022. According to the latest information bond buying will be over by March 2022. The normalization of liquidity conditions must precede the Fed rate hike, which seems imminent in H12022.

Most central banks diagnosed inflation to be transitory, mainly due to Covid-related supply disruptions. This perception is changing very fast as inflation is persistent and several decades high in western countries. Many eminent economists have started questioning the wisdom of central banks and feel that they are behind the curve. The core inflation remains elevated in most parts of the world.  The producers’ price inflation is well above the CPI inflation in many countries. This is an indication of the rising cost of production, which is most likely to be passed on to the consumers going forward. Although most economies have been producing below their potential, the CPI inflation seems to have been generalized driven by high core/PPI inflation. Unprecedented liquidity injected by central banks to fight the Covid crisis has also contributed to the surge in inflationary pressures.

The inflation-growth relationship is a complex phenomenon and varies across countries. A new normal is emerging after the Covid crisis. The surge in inflation is widespread, well before the potential level of output is reached. Quantitative easing, as an unconventional monetary policy tool, has been found to be useful in a crisis for a brief period. Its efficacy in the medium-term is debatable. Many economists have documented that the growth-stimulating power of quantitative easing is very limited. But it certainly stimulates the prices of assets first and commodities/services later. Hence the narrative that ‘retail inflation is transitory’ appears to be a wrong diagnosis having serious policy implications. The central banks cannot ignore retail inflation anymore on the ground that it is purely a supply-side phenomenon. Inflation is after all a mismatch between demand and supply. From now onwards, demand is likely to recover rapidly with growth normalization. Despite the progress of vaccination, we may have to live with coronavirus for a longer time than originally anticipated. Hence the supply response will continue to lag behind as Covid-related restrictions in some form or the other shall continue.

The situation in India too is by and large similar. India is producing much below its potential. Even the double-digit growth, most likely in FY22, would not be sufficient to reach its potential level of growth. The possibility of India’s potential output dwindling in the post-Covid period is not ruled out. The absolute growth numbers are likely to be better in H2FY22 than those in the previous year. At least the production/supply of food grains is sufficient and therefore threat to CPI inflation from essential commodities is much less now. But the core inflation remains at an elevated level. The WPI inflation has been double-digit for the last 8 months since April 2021. The recent downward adjustment of excise duty/state taxes on petroleum products by the central/some state government was too late. The high transportation cost has already gone into the core inflation. The high base effect will disappear in H2FY22. The demand condition is expected to improve further. Hence India’s retail inflation is unlikely to abate and therefore cannot be transitory.

Monetary policy should be forward-looking. As the impact of monetary policy on inflation is felt after long and variable lags, the normalization of monetary policy should start sooner than later. The RBI has started tightening liquidity in a calibrated manner. Hike in the reverse repo rate should not be treated as policy normalization although it is overdue and has outlived its utility. It is time to acknowledge the need for policy normalization and change the gear from accommodative to neutral monetary policy sooner than later. Despite tax buoyancy, the fiscal deficit may overshoot in FY22 due to supplementary demand for grants of about Rs.3 trillion sought by the government. Both core inflation and demand-supply mismatch would propel the retail prices higher. The financial market has already factored in the policy rate hike in 2022.

Both timing and magnitude of repo rate hikes are important for policymaking. This must be preceded by draining of excess liquidity and restoration of the corridor under liquidity adjustment facility. If the decision-making about the reversal of monetary policy is delayed then more rapid policy action may be required going forward. It may cause more harm to growth. After the global financial crisis, the tightening of monetary policy in India was not enough. Consequently, inflation went out of control. Are we proceeding to commit the same mistake once again? The very purpose of promoting growth in the short run may jeopardize the medium-term strategy of sustaining India’s growth at its potential.

*The author is former Principal Adviser and Head of the Monetary Policy Department of RBI. 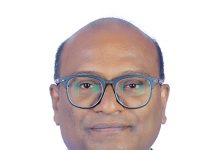 Career opportunities for Chemical and Bioengineering Graduates in Healthcare and Pharmaceutical Industry;Prof.(Dr.) Kiran...

Christ (Deemed to be University) Welcomes HIRECT as Title Sponsor for the Future Model...