Historically,the safety ,security ,and well being of girl child and women of all ages has been a matter of intense research,discussion,debate and controversial interpretation .From Ramayana to Mahabharat,one can see how women have been variously treated,and wars have been fought ,killing millions of people.Such historical have also happened in Europe,North America and Islamic countries.Invaders from various lands have attacked,looted and took away women and girls to be a part of their possession and Harem.Multiple marriages have been sanctified in some religion.The argument has been that this helps in almost every women to get married.One poses a question if this is true ,then why do we have a trade of call girls and prostitution ? Numerous countries have legalised this.Massage parlours and Spa also have very well organised sex rackets which work under the support of political maafia and criminal elements.Education has failed to address this cancerous issue.We have medical centers that do prenatal sex determination and do abortion of female foetus.Female infanticide is also increasing.The threat to a girl child and women of all ages is increasing alarmingly.The police,judiciary,social organisations are almost helpless.In India,Nirbhya and Bhanwari Devi type incidence are happening every hour.Some are reported,while some are kept under cover due to shame and loss of honour, prestige and dignity of the family.

Educational processes in the last 73 years have singularly failed to target this issue and create a atmosphere in families,society and nation.Schools_collegiate and university systems have failed to address this Socio_psycho_economic issue.

Women are treated with disrespect and are not given their due.Our Manuwadee forces have relegated women to be maid,call girls,prostitutes,item girls,advertising material and all other forms of exploitation.The film world has contributed to all these pathological syndromes.

The New Education Policy should have included some interdisciplinary courses / chapters right from School to University system.Courses on Human Body should educate the youth about Anatomy and functions,as well as gender differences.Social scientist,psychologists and psychiatrists should contribute by giving inputs for syllabi formulation and how to teach the sensitive issues.Physical education should become an integral part of education .Girls should learn the martial art of self defence right from school.Indecent touch and attempts of teasing and physical molestation including rape and gang rape and even murder happen every day ,because our women folk have no way to protect themselves.

Training of constables to IG is necessary to be sensitive to crime against the females.They must register FIR and present the case in POCSO and/ or Fast track courts.Our judges must give exemplary punishment.Chemical or surgical sterilization of the rapist or death by hanging/poison injection/electric chair must be the order of the day.

Education alone can empower our society and family to fight this menace.A national syllabi must be prepared for students in Primary_middle_secondary_senior Secondary,College and University system to sensitise,educate,and defend a girl child and women.

There is an urgent need to ensure that there is police surveillance post, flying squads,and patrolling near girls schools, colleges and universities.Another addition should be to make NCC compulsory for all girls in their Educational Institutions.

The stress,trauma and painful situations of physical and emotional harassment must be handled urgently.We are going to experience even more of this post vividh,as weeks and months of forced tolerance gets loosened in villages,townships,urban and metro areas.

Are we ready to deal with it?Do we have a structured academic and administrative plans to restore respect,dignity and honour to the growing population of our girl child and women of all ages.If we pray to the Goddesses during NAVRATRI and other occasions,let us also treat our opposite gender with similar sensitivity. 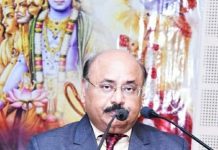 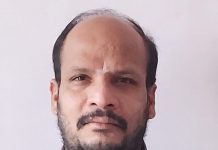 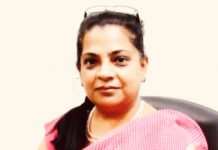 Leave a Reply to S.B.Lall ,Author of article Cancel reply

NEP 2020 and R&D On COVID Through The Triple Helix Model;Prof.(Dr.) Raj Kumar Singh,Dean...

Implementing National Education Policy: Are We Serious About it? ...