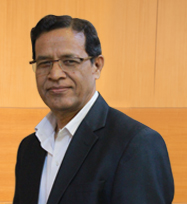 The central banks typically take baby steps – 25 basis points (bps) increase/decrease in policy rate at a time or even less, which is known as interest rate smoothing by central banks. Although the cumulative increase/decrease in policy rate is high in a policy cycle, small doses of policy shock at a time are often justified to tame inflation without hurting growth. This narrative still remains valid. But the situation has changed warranting the Monetary Policy Committees (MPCs) across central banks to take drastic steps by hiking policy rates rapidly and in large magnitude, although growth momentum has slowed down globally. What went wrong with central banks leading to such drastic steps to anchor inflation expectations? Will it disrupt the global economic recovery?

The legacy issue
In the 21st century so far, the world economy encountered two black swan events – the global financial crisis (GFC) of 2008 and the Covid-19 pandemic in 2020-21. During the GFC, policy-making through setting interest rates broke down as central banks of major western countries quickly reached the zero lower bound. As conventional instruments were exhausted, central banks pursued unconventional monetary policy – quantitative easing (QE), and forward guidance leading to negative nominal interest rates, particularly in western countries. The balance sheet expansion of major central banks was unprecedented. The US Fed for example, which was having a balance sheet size of less than one trillion before the GFC, surged to US$ 4.5 trillion by December 2014 and remained around US$ 4 trillion till the Covid-19 broke out. In the wake of the Covid crisis, it further jumped to around US$ 9 trillion by 2022Q1. The unusual expansion of balance sheets of many other major central banks led to excess liquidity with global growth remaining unimpressive from 2008-09. The outcome has been asset price inflation after the GFC and both asset price and several decades-high commodity price inflations after the Covid-19 health disaster.

A debate has started, particularly in the US, to reduce the balance sheet size of central banks by systematic open market sales of sovereign and mortgage securities. No such serious thoughts were given to doing so after the GFC, except for a brief period in 2019. As normalization of monetary policy, initiated by gradual rate hikes before the Covid-19 pandemic, was incomplete, adequate policy space was not created to deal with a bigger crisis like the Covid-19 pandemic. Moreover, Fed rate hikes in small doses, without draining out excess liquidity before the pandemic, were largely ineffective.

In the post-Covid period, inflation was initially diagnosed by many central banks as transitory due to supply-chain disruption. The lingering Russia-Ukraine armed conflict has also contributed to sustaining supply disruptions, leading to global inflation. Especially food and energy prices shot up rapidly and remain elevated. Supply shocks are generally transitory, but this time, it looks more like generalised inflation worldwide, attributed at least partly to the ultra-loose monetary policy pursued for a long-time.

The dilemma
The short-run inflation-growth tradeoff is generally positive. Unfortunately, this relationship is currently broken in most parts of the world. The growth momentum has weakened globally while inflationary pressures are unusually high around the world. Supporting growth would accelerate the inflation expectations further. Controlling inflation would hurt growth. The dilemma is real and intense. The central banks choose to tame inflation by high doses of rate hikes and simultaneously try to drain out excess liquidity. As it will take some time for the policy rates to reach the neutral level, very few options are left except hiking policy rates rapidly together with quantitative tightening. It is easy to pursue unconventional monetary policy, but coming out of it is a painful process, sometimes ruthless to growth sacrifice. Lessons from the unconventional monetary policy, if not reversed quickly, are both pro-inflationary and growth negative, which may lead to a hard landing/recession going forward.

The global outcome
The risk of recession in the US and other developed countries has increased. Large doses of policy rate hikes may advance the recession to early 2023 or even to 2022Q4. The asset market meltdown has already started with the yield rate shooting up rapidly. FIIs have reduced their exposure to developing countries significantly. Flight to safety is visible with the greenback appreciating persistently. Many developing countries’ currencies have depreciated to a large extent.  This trend is unlikely to stop quickly as Fed is at the early stage of the rate-hike cycle besides quantitative tightening seriously contemplated by the Fed.

The outflow of capital from the emerging and developing countries (EDCs) may continue for some more time unless matching rate hikes are pursued by EDC central banks notwithstanding weak growth momentum. Given the dominance of the US policy making and its impact on other countries, a synchronized global slowdown/recession looks inevitable following a rapid tightening of the financial conditions.

In the wake of the Covid-19 pandemic, all countries have borrowed heavily leading to the unprecedented rise in the debt-GDP ratio.  The reversal in the global interest rate cycle will expose many countries to debt default as they may find it difficult to service their domestic as well as external debt. A global debt problem is looming large a few quarters down the line.

Domestic outlook
The near-term outlook in India is uncertain. Since January 2022, the CPI inflation remained elevated above 6% – the maximum tolerable limit under the flexible inflation targeting regime. RBI and the Union Government have vigorously pursued relevant policies to control inflation. Demand management through large rate hikes and withdrawal of liquidity by the RBI have pushed up both short-term rates and 10-year G-Sec yield significantly. Daily liquidity absorption dwindled to about Rs.2.5 trillion from more than Rs. 6 trillion a month ago, largely due to CRR hike and dollar sales following the rapid depreciation of INR.

The outflow of portfolio capital from India in 2022 (up to July 8) was Rs. 2.32 trillion (about US$ 30 billion) leading to a depreciation of INR by more than 6.8% against the US$. The bunching of repayment of external debt with less than one-year of residual maturity may put pressure on the INR exchange rate unless capital inflows are sustained. The current account deficit is likely to exceed 3% of GDP in FY23 due to large import bills, particularly relating to crude oil, fertilizer, and edible oil. The Government as well as the RBI has recently taken several measures to encourage capital inflows to impart stability to the exchange rate.

India is still in a better position to face the global headwinds. There are early signs of softening of prices of a few essential commodities as a result of the effective supply management pursued by the government recently. As this year’s monsoon is predicted to be normal, food prices may abate going forward. Crude oil prices have also softened considerably in July 2022 so far on fears of a global slowdown. Although reluctant from revenue consideration, the government has the option to reduce excise duties on diesel and petrol further if global crude oil prices shoot up again. The government’s external debt to GDP ratio is not very high. As India’s import-content of export has increased over time, there is a natural hedge to service external debt.

After two rounds of large repo rate hikes, MPC may not be as aggressive as the western countries as India’s repo rate at 4% in the wake of the Covid crisis was well above the zero lower bound, and was incidentally higher than that in many of its peer countries. The draining out of excess liquidity from the market has been rapid following the CRR hike and dollar sales. Even with a neutral/tight monetary policy, India’s real GDP has the potential to grow at 6.5-7% on a sustained basis despite the global slowdown. Amidst global uncertainty, India may hopefully wriggle out with a soft landing.

*The author is RBI Chair Professor, Utkal University and former Principal Adviser and Head of the Monetary Policy Department of RBI. 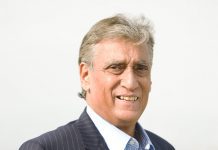 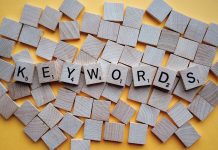 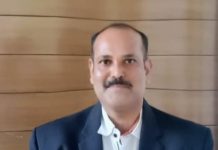