It has now become a globally accepted observation that a new world order is likely to evolve in post COVID-19 era.  Naturally, it is high time for us to get engaged in implementation of appropriate reforms to build globally competitive and self-reliant India.  It is also imperative that our education system needs to be reformed in a big way to make it happen.  This article concentrates on one important dimension of our higher education system which needs immediate attention in this context.

The manner in which our educational Institutes in general have been able to leverage the capabilities of digital infrastructure for providing on-line delivery of contents during lock-down period has been commendable.  At the same time, this has also opened up the risk of widening the digital divide in our society much further – an issue needing serious attention for societal equity.

Traditionally, many of our alumni have been doing exceedingly well for many decades across the world in premier academic institutions and industries.  It is estimated that at least 10% + members of research staffs in many great international organizations known for creativity and innovation – e.g. Microsoft, Google, Apple, Amazon, IBM, Facebook and so on – happen to be the alumni of our education system.  For quick reference, a small snapshot from the long list of our distinguished alumni is represented below –

Some Distinguished Alumni of Indian Education System based Abroad

It seems that we have reasons to be happy.  Of course, we have the platform to dream big, think positive and act with confidence.  However, we have to critically assess our present situation in global context, make serious introspection with open mind and then set our vision for reforms in higher education system accordingly.  Subsequent sections of this article present comprehensive analysis in this perspective.  To start with, in our endeavour to assess the present status, here is the list of Top-25 Institutes in overall category in our country – as listed in NIFR-2020, announced by our Honourable Minister of Huma Resources Development on June 11, 2020.  Corresponding ranks of these Institutes in the list of global ranking as announced by QS-2021 on June 10, 2020 are also included for objective comparison.

For completeness of data to facilitate objective analytics, here is the list of Top 25 Institutes in the world – as per QS-2021 ranks.  Information about two more attributes contribution to Noble Prize and Olympic Medals are also added with Top 10 Institutes

Let us now list some of the observations, based on the information in Table-1 and Table-2:

On the contrary, the list of Top-25 Institutes in NIRF-2020 is densely populated with representatives from Technology domain – to the extent, 7 out of top 10 are Indian Institutes of Technology.  Even other 3 Institutes also do not have proportionate emphasis on multi-faculty academic structure.

The list of distinguished alumni however spans over various disciplines and various types of Institutes of our country.

This basic disconnect in academic structure between Top Institutes of our country vis-à-vis Top Global Institutes happens to be a huge impediment in developing global competitiveness of our Institutes.

At the time of Independence, our country had inherited a set of reasonably established Universities – at least some of which had been performing quite well.  Immediately after independence, it was decided to emphasize on the education of Engineering and Technology.  Accordingly, IIT Kharagpur was established in 1951 and four more IITs (Chennai, Mumbai, Kanpur and Delhi) had been added within next 10 years.  Similarly, 8 Regional Engineering Colleges (RECs) had been established during 1959-61 – and six more RECs added during mid ‘60s.  Simultaneously, major emphasis had been laid on building modern infrastructure across the country through establishment of several large public sector undertakings (PSU) – together with the focus on defence sector and later on, on space research.  A snapshot from the long list of Institutes established during the evolutionary phase in post-independent era is listed below –

Table 3: List of Industries and Research Organizations set up after Independence (snapshot)

IITs had been mandated essentially for contribution to creation of knowledge in Engineering/Technology and to produce world-class engineers – whereas primary mandate of RECs had been to develop qualified engineers to feed and maintain such newly created organizations.  Locations for IITs and RECs had also been chosen accordingly – for example, places like Chennai, Delhi, Mumbai had been chosen for IITs and places like Rourkela, Durgapur, Trichy, Nagpur had been chosen for RECs.  IITs had been kept under administrative control of Central Government and RECs had been administratively governed by respective State Government.  Each REC had been mandated to have 50% seats reserved for home states and also representation of students from all over the country had been ensured in each REC.

These RECs, together with already existing university system, had played immense role in rebuilding our country after independence.  On the contrary, Brand IIT had evolved stronger and stronger in the international platform – but, primarily for its B.Tech. programs.

Except for IIT Kanpur (and some other IITs in lesser extent) which had strong focus on basic science, IITs and RECs kept on focussing on the study of engineering and technology only. Hardly any of these Institutes had any emphasis on humanities and social science at all.  On the other hand, Universities generally refrained from building strong faculty of engineering  and/or technology.

Subsequently, many more IITs had been created, RECs had been converted to NITs, brought under exclusive administrative control of MHRD and many more NITs added to the list -Universities have grown in number and an explosion in number of private Engineering Institutes/Colleges have been observed – but, the basic philosophy of separating engineering/technology from other faculties is being followed even today.  Naturally, in today’s era which is clearly governed by the convergence of physical science, life science, social science and computing science with technology as the driving force, we are now in this situation of structural disconnect of our higher education system from what world demands today.

Our students are inherently strong in creativity and innovation.  Society and industries expect the graduates to learn problem solving skills and clearly understand the situation where they are supposed to work and deliver.  Absence of adequate strength in basic sciences is likely to make the students less competent in getting adapted to fast changing technology – and, without appropriate and adequate knowledge of social science it is extremely difficult for them to appreciate the depth, nature and context of the problem they are expected to solve.

Thus, it is not at all unexpected when premier industrial bodies like CII and FICCI observe that a large percentage of our graduates are not employable.  Some shortcomings in technology skills can be addressed through short term training program – but, fundamental facets of social science and basic science have to be embedded within the personality of an individual and such limitation  cannot be rectified through any short term program.

However, it may be noted in this context that our industries also have to go a long way in terms of global competitiveness.  In the latest FORBEs-100 list, we have only one company (Reliance Industries at Rank 58) within Top 100 global rank – whereas USA has 37, China 18 (including Rank #1), Japan 8, Germany 5, France, Canada and Switzerland 4 each and so on. Even in the field of digital industries we are usually proud of, we have only two companies in the list of Top-100 global digital companies – TCS at Rank 38 and Infosys at Rank 71.

Top global companies invest very heavily in innovation and research – resulting in the evolution of many industry-supported research laboratories which today are rated higher than even the best academic Institutes of the world.  Research Laboratories of Microsoft, IBM, Google, Apple are several such instances.  Our industries have miles to go in this perspective.

Large network of skill based academic environments like Polytechnics, Vocational programs etc. generally remain outside the discussions of broad-spectrum policy framing.  Schemes like Make-in-India and Skill-development have huge potential to play in the endeavour to build self-reliant India – and here is an untapped domain with immense potential to contribute.

So, what is the way forward –

Some IITs seem to have understood the limitations arising out of the weakness in interdisciplinary studies.  Schools on medical sciences and management studies have been established in several places.  However, it takes at least several decades for any academic program to rise to the level of eminence.  Obviously, we do not have that amount of time – and financial implications also deserves serious consideration.  Promoting academic structure based on Interdisciplinary and Interinstitutional approaches emerges out as the best strategy, under the present circumstances, to steer our higher education system along the path followed by top global Institutes.  As an example, it make more sense for IIT Delhi to collaborate with AIIMs, New Delhi than building a medical faculty in IIT Delhi and a technology faculty in AIIMS, New Delhi.

As an anecdote, at a time when Shri Sundar Pichai, B.Tech. in Metallurgical Engineering from IIT Kharagpur can be selected to lead a global giant in IT sector like Google, the practice of mandatorily asking for a PhD exclusively in Computer Science & Engineering to be a faculty member in the Department of Computer Science & Engineering, needs a relook.  Similarly, the present Recruitment Rules (RR) for NIT system discouraging interdisciplinary and inter-institutional research needs an immediate revisit and appropriate amendment so that they can effectively contribute towards development of new India.  The guidelines issued by MHRD in 2015 for engaging experts from Industries in academia right from undergraduate to PhD level may serve as reference in this context.

Domain specific conglomerates of institutes across Universities, IITs, NITs and also involving polytechnics (if focus is on skill) may be set up to engage in studies of real-life societal and industrial problems.  Strength and suitability have to be the only criterion for selection of an Institute for inclusion in this conglomerate.

To conclude, we do have the heritage, we do have the strength and we do have the passion.  There is every reason for us to be hopeful.  Only requirement – we have to dream big, think positive, set appropriate vision and act with conviction – with open mind and readiness for serious self-introspection and commitment to make hard reforms – with the only objective to make our beloved country globally competitive and self-reliant. 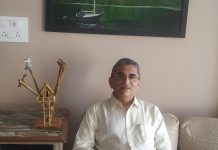