“The power of youth is the common wealth for the entire world. The faces of young people are the faces of our past, our present and our future. No segment in the society can match with the power, idealism, enthusiasm and courage of the young people.”-
Kailash Satyarthi
Nobel laureate (Peace), India
Founder, Bachpan Bachav Andolan

Human Capital is more powerful than the capital itself, but most of the corporates and Higher Education Institutions (HEIs) fail to understand this power of Human Capital. They invest hugely on buildings, posh infrastructure, magnificent offices, highly impressive and aesthetically marvelous premises but they don’t invest or reluctant to invest on getting highly talented and experienced human capital by paying them handsome packages and mostly don’t have policy to retain them. Employees are low paid, not seen experiencing freedom, support and mostly their capabilities are under-utilised. Ultimately it’s a loss to the organisation, if they follow such dangerous path of Human Capital Management (HCM). Actually there is need to have Human Capital Management department or unit, which top corporate houses have in place. In higher education sector it is noticed that, the top management is seen not worried at all, though their sincere, hardworking & trusted human capital- staff continuously leave their jobs. They miserably fail to retain them, hence their attrition ratio is too high. It’s not seen that, private sector higher education organisations fail to follow concrete retention Quality Human Capital is an oxygen for any organisation including higher education and they do not fall from space or from so called heaven. After All who creates capital? Wealth ? It’s an output of competencies of powerful and creative human beings. They only with their training, education, character, passion and pains generate capital and wealth. Like any monetary capital, if human capital is not utilised properly and optimally, we can’t expect and achieve desired progress and prosperity. Thus to empower any nation, first we have to empower its youth by Education, Knowledge, Skills (EKS) to engage themselves in building their own life and ultimately nation building. Youth population by its talent and energies shapes and reshapes the future of any country. It’s more true about India as our nation is full of youth population, meaning it’s a storehouse of abundant youth power. What’s needed is to have roadmap and runway to march towards progress and prosperity by utilising this youth power wisely and creatively. Human capital is strength of any nation, if their talent and abilities are explored and expanded by giving them appropriate opportunities and professional and life skill training. Higher Education gives you an opportunities to discover Yourself, uncover your hidden potential and talent and expand your horizons about your career. My mantra about youth is very simple.

Youth + Quality Higher Education + Skills + Human Values = Empowerment. It’s process of discovery of human potentials and applying them for construction of the future of youth and nation.

If you don’t consider this as the priority before the nation, then this youth force may get itself indulge in to destruction, instead of construction and rebuilding of nation. Any lawfully established democratic Government shouldn’t aim at and strive for Jobless Growth but for “Job Full Growth “.

In a country like India the Gross Enrolment Ratio (GER) in higher education is just 24.5%. GER is calculated on the basis of how many percentage of youth of 18 to 23 age group have entered college for higher education? What this means? In the first quarter of 21st century, In the continental size country like India with 1.3 billion population and going to remain global hub youth population, more than 75 % youth of 18 to 23 age group is still “Out Of College” (OOC). As per the population statistics the youth population of 18 to 23 age group is around 160 million in India and out of them only 38.5 million youth could reach & enter in college / higher education. Even now in the year 2019, in vast country like India, what I call as “Out Of College” youth (OOC -Youth) population is 122 million. This “OOC Youth” number is huge. this I call it as an untapped and neglected Human Capital of India. Why I say this because, in terms of GER (Gross Enrolment Ratio) in higher education of the prominent countries in the world such as USA, Sweden, Norway, Finland have their GER around 80% and more. The developed nations’ average GER in higher education is 55% to 60 % and the world average is 38%. It means in the eligible age group of 18 to 23 only this much percentage of youth can get an opportunity of higher education. Others drop out due to socio-economic and cultural reasons. The GER stands for this. Then there is a concept of “Graduation Ratio “meaning out of youth, who have taken admission or entered in to colleges and universities, how many percentage of them complete their graduation successfully.? That ratio is called as Graduation Ratio. It’s but natural that Graduation ratio in India is going to be lower than GER. The naked truth of Indian higher education is that,

1) Majority youth is Out Of College (OOC Youth: 75 %). Their human capital is not appropriately utilised for their own progress and societal and national development. It’s a huge loss to the nation. It becomes reason for ever increasing criminality as we are not providing them legitimate jobs and livelihood.

2) With the 17.25% GER in higher education at present ( which was less than 10 % decade ago) , India has given birth to more than 400 million middle class, which is having purchasing power and hence India has became one of the best market of the globe. Just imagine, if we educate our youth and create infrastructure required to achieve GER of 50% to 60% by way of establishing more public and colleges and universities to increase Gross Enrolment Ratio. Higher education is becoming not only costly but also unaffordable to lower class, middle class families. Hence we need to create quality public universities and even private universities with charitable motives, then only quality higher education can be made available for weaker and middle class section of our country. This is the investment for creating happy future for the nation and youth.

India needs aggressive steps for the expansion of public higher education system. It is every possibility, that the India can achieve high level GER and massive higher education expansion with quality infrastructure and teachers. The regulatory agencies need to monitor and ascertain whether any college or university has developed required infrastructure and quality and qualified teachers before giving them permission. Then and then only we can do massive expansion with inbuilt quality. Indian Universities need to play a proactive role to build sustainable future of our nation.

What Universities Can Do?

Let’s understand this and plan for the future of our beloved nation India and its youth. 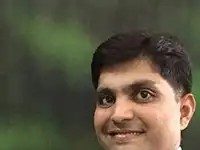