The simple answer to the question above is that the young 17 year old pig-tailed Swedish girl backed her words with action.  A blank facial expression coupled with ferocity in eyes and speech was what came across to many young people across the world.

She spearheaded #FridaysForFuture, a unique movement on Instagram that has 100 million followers, where she reached out to her peers across the globe to fight for climate justice.  She made them think out of the box… to think global and yet at local.  Rebellious by nature, she had the guts and the gumption to irk policy makers, parliamentarians and armchair environmentalists, making people sit up to global issues concerning climate and environment.  Her strong vision for the skies and the seas, the trees and the bees was something special for a kid who wanted to break the system in the pursuit of creating an environmental movement to harness global attention.  Activism, protests, walkouts, a strong social media presence and the unique sailboat journey to attend the 2019 UN Climate Action Summit heralded the voice of the new generation which reached out to both the heart and the head within each human.

Many say, she is brash, bold and brazen and yet the youth identifies with her cause.  No wonder, she has been on the cover of the TIME magazine, the youngest person to enjoy this international acclaim.  Like her, there are many young people around the world who think not of YOU and ME, but the WE.  Lives of such young people, of her generation, have a bipolar vision to the happenings around them, it is either a black or a white….there are no shades of grey.  Her clarion call, “We are the change and the change is coming, it has to start today,” resonates within every young heart who have been brought together as a global community to raise awareness.  She seems to have started a campaign to get rules made faster and order restored in her unique attempt to decarbonise the economy.

A young school girl who missed school to go on a strike, to save the planet made a difference, made boys and girls realize that an ‘individual voice matters’.  The year 2019 was dedicated to her.  Probably, in the years to come by, we may see many more Gretas raise their voices for social and environmental concerns, like gender bias, racial prejudice, air & water pollution, cruelty to animals…a millennial generation that has a strong vision for the future of mankind and this planet.  A day might come when each child echos her sentiments….”I realized no one is doing anything to prevent from what is happening, so then I decided to do something.”

A small brief regarding the contributor –
I am a post graduate in English literature from Ferguson college, Pune University, a university topper and scholarship holder from MHRD.Thereafter I have contributed by services to school education as a teacher and then a Principal for the past 30 years.  Last year I was felicitated by CBSE with the Best Principal Award.  For the past 10 years I have also collaborated with CBSE on various R&D related topics, Principal’s Handbook, Curriculum and Syllabus for classes 9 to 12 and many other educational domains. 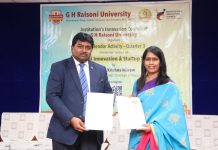 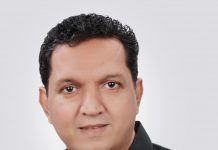 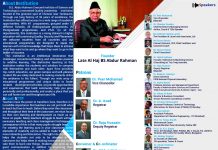